A brain tumor is a mass or growth of abnormal cells in your brain.

How quickly a brain tumor grows can vary greatly. The growth rate as well as the location of a brain tumor determines how it will affect the function of your nervous system.

Brain tumor treatment options depend on the type of brain tumor you have, as well as its size and location.

The signs and symptoms of a brain tumor vary greatly and depend on the brain tumor’s size, location and rate of growth.

General signs and symptoms caused by brain tumors may include:

Brain tumors that begin in the brain 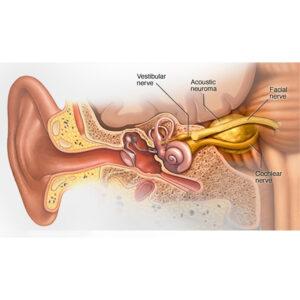 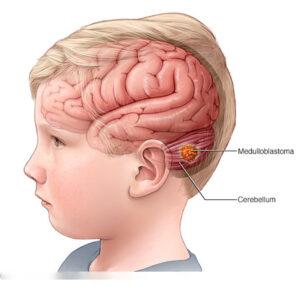 Primary brain tumors originate in the brain itself or in tissues close to it, such as in the brain-covering membranes (meninges), cranial nerves, pituitary gland or pineal gland.

Primary brain tumors begin when normal cells develop changes (mutations) in their DNA. A cell’s DNA contains the instructions that tell a cell what to do. The mutations tell the cells to grow and divide rapidly and to continue living when healthy cells would die. The result is a mass of abnormal cells, which forms a tumor.

Many different types of primary brain tumors exist. Each gets its name from the type of cells involved. Examples include:

Cancer that begins elsewhere and spreads to the brain

Secondary (metastatic) brain tumors are tumors that result from cancer that starts elsewhere in your body and then spreads (metastasizes) to your brain.

Secondary brain tumors most often occur in people who have a history of cancer. Rarely, a metastatic brain tumor may be the first sign of cancer that began elsewhere in your body.

Any cancer can spread to the brain, but common types include:

In most people with primary brain tumors, the cause of the tumor isn’t clear. But doctors have identified some factors that may increase your risk of a brain tumor.

There are no reviews yet.

Be the first to review “BRAIN TUMORS” Cancel reply