Lymphoma is a cancer of the lymphatic system, which is part of the body’s germ-fighting network.

The lymphatic system includes the lymph nodes (lymph glands), spleen, thymus gland and bone marrow. Lymphoma can affect all those areas as well as other organs throughout the body.

Many types of lymphoma exist. The main subtypes are:

What lymphoma treatment is best for you depends on your lymphoma type and its severity. Lymphoma treatment may involve chemotherapy, immunotherapy medications, radiation therapy, a bone marrow transplant or some combination of these. 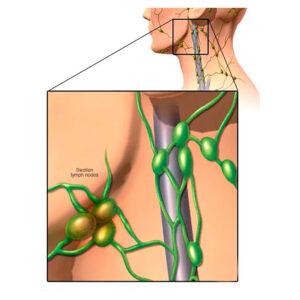 Signs and symptoms of lymphoma may include:

Doctors aren’t sure what causes lymphoma. But it begins when a disease-fighting white blood cell called a lymphocyte develops a genetic mutation. The mutation tells the cell to multiply rapidly, causing many diseased lymphocytes that continue multiplying.

The mutation also allows the cells to go on living when other normal cells would die. This causes too many diseased and ineffective lymphocytes in your lymph nodes and causes the lymph nodes, spleen and liver to swell.

Factors that can increase the risk of lymphoma include:

Developing certain infections. Some infections are associated with an increased risk of lymphoma, including the Epstein-Barr virus and Helicobacter pylori infection.

There are no reviews yet.

Be the first to review “LYMPHOMAS” Cancel reply